Here is the photo of Ginna the day she won her first point in AKC Miscellaneous Class. 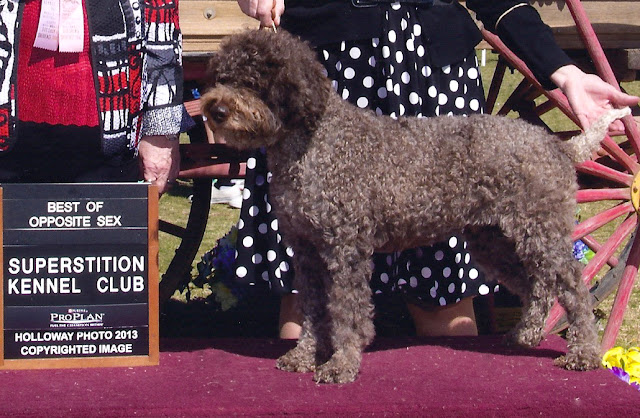 Posted by Judith Martin at 10:13 AM No comments:

We made a short video of the dogs playing frisbee and of Pesca jumping in a hole to hide from the incoming frisbee and the big dogs in pursuit.  She is pretty funny!
My funny puppy is a prairie dog
Posted by Judith Martin at 3:51 PM No comments:

Caliente Club UKC Dog Show in Paradise Valley March 16.  We had two shows.  Ginna showed in Adult Female and Pesca was in the special baby class.  Here are the girls waiting for their turn in the ring. 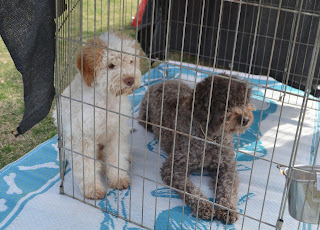 Ginna and Adrienne Perry's girl Pippi in the Female class.  The judge looks over each exhibit. 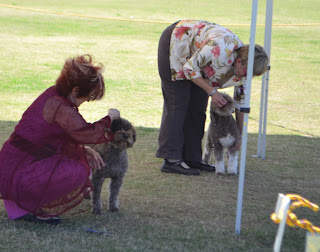 Ginna moves out and makes me have to run 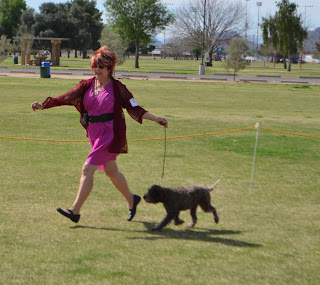 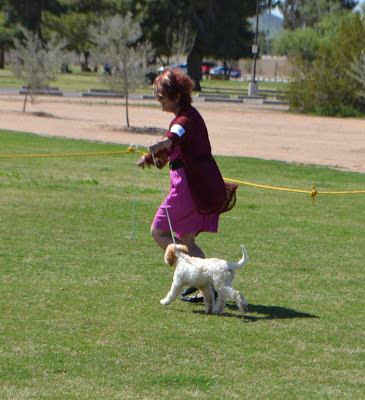 Baby Pesca has great movement and can really move out for a 3.5 mo. old puppy.


The judge was very impressed with Pesca and took the time to tell me what he liked about her.  Later in the Best Puppy contest, he gave her a Reserve Best in Show Puppy and an awesome ribbon (and great little toy) 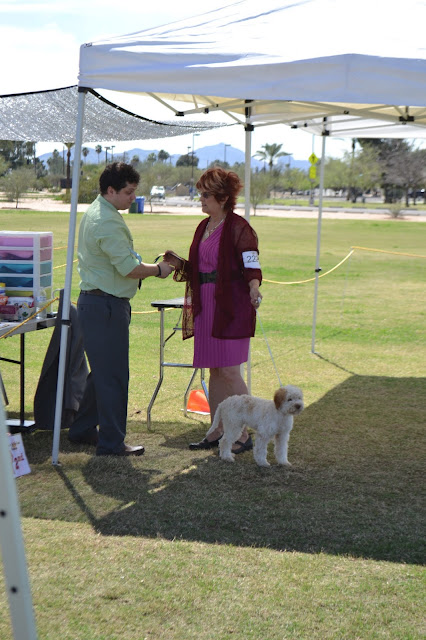 Here is her awesome ribbon and toy that she won.  She wanted eat both!  Not bad for a little girl who got carsick going and returning from Phoenix. 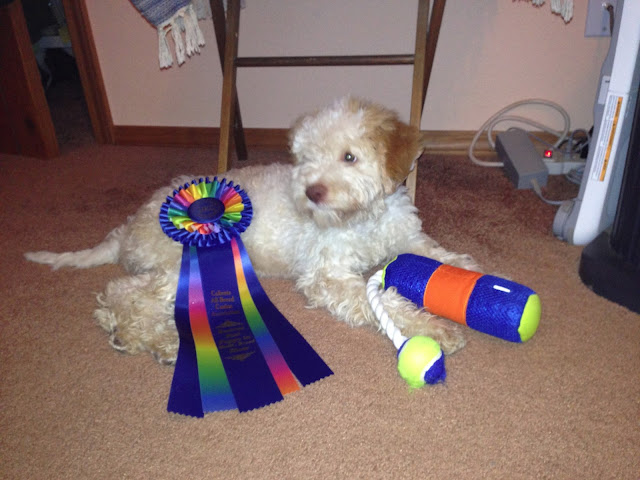 Posted by Judith Martin at 6:39 PM No comments: 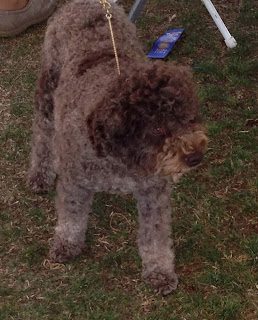 Ginna at the dog show.  Her coat looks much lighter in the sun.  She got a fancy new leash and then took Best Opposite for her first point in AKC.  What should I get her next?


Cosmo got his first First Place ribbon in puppy class.  His owner Clair had to bring him into the ring and had her first experience showing a dog.  Here she is setting up his rear feet. 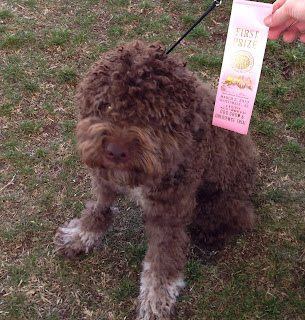 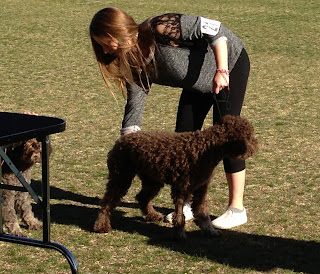 Posted by Judith Martin at 9:58 PM No comments:

Email ThisBlogThis!Share to TwitterShare to FacebookShare to Pinterest
We were at dog shows last weekend in Scottsdale for two days of the Fiesta Cluster.  Ginevra showed nicely and on the second day got Best of Opposite Sex under Terzo, who won Best in Miscellaneous Class.  We also had the debut of Cosmo, an 11 month old boy out of Ginevra.  He is very cute and hopefully had fun getting all that attention.  I will post Ginna's show photo when I get a copy.
Posted by Judith Martin at 3:49 PM No comments: