September 14 and 15 were dates for the Prescott Area Kennel Club shows held in Chino Valley.  The weather was gorgeous, the grounds were nice and we were able to park the motorhome near our setup.  We set up our EZup canopy for shade on Friday.  Pesca gets carsick and we took her along to see if she was any better.  Not so.  She drooled so much it took some doing to get her dried out.  Her mouth was still wet at show on Saturday, much better on Sunday.  We will have to take her for shorter rides and play with her at frequent stops as suggested by trainer Toni Kay-Wolff.

Pesca competed against her mom, Ginevra as the only two Lagotti at the shows.  Pesca got Best of Breed both days. 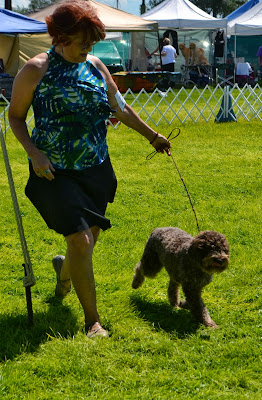 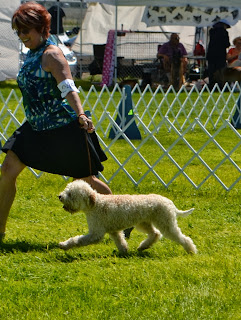 A Mini Aussie and a Berger Picard won Best in Miscellaneous at those shows.  Pesca now has two points toward her AKC Certificate of Merit.  She needs a total of 15.  Ginna has 1 point so far. 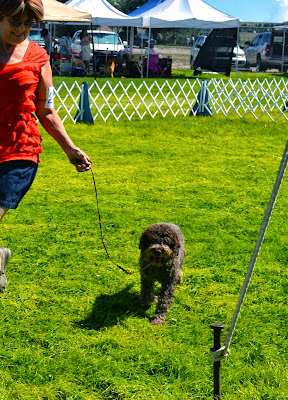 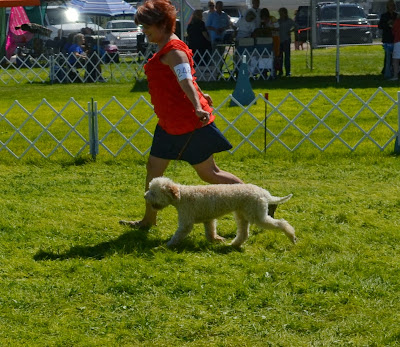 Posted by Judith Martin at 8:42 AM No comments: